RFFI 16-29-10786
Vchlab
+7 (928) 186-20-38
Olga A. Starovoitova
ENG
RUS
Vchlab
+7 (928) 186-20-38
Olga A. Starovoitova
ENG
RUS
«Catalytic systems based on transition metal complexes with N-heterocyclic carbenes: degradation processes of complexes and their influence on catalytic activity in cross-combination reactions»
In order for chemical reactions to proceed at an acceptable rate and produce the desired products, a catalyst is often required. For the chemical industry and pharmaceutical production, we need catalysts that not only provide a high reaction rate, but are also stable enough, i.e. they are not destroyed during the catalysis process. In many respects, these requirements are met by the latest generation of catalysts, the so-called metal complexes with N-heterocyclic carbenes. Research on these catalysts has been actively conducted since the early 2000s.

Every year, chemical journals publish several thousand scientific papers on these catalysts. For example, in 2018 alone, almost 4.5 thousand articles on this topic were published!
Why are these catalysts so attractive to chemists?

First, they do show very high activity and cause reactions that other types of catalysts can't handle. Second, they are safer for humans and the environment than the previous generation of catalysts, which contained phosphines-highly toxic substances. And third, these catalysts are among the most stable. N-heterocyclic carbenes, so-called ligands, form very strong chemical bonds with most metals. It is believed that the high strength of the metal-ligand bond should provide the catalyst with greater stability. In addition, the structure of these ligands can be easily modified and thus "adjust" the properties of the catalyst to the desired reaction.

However, in recent years, there have been more and more reports that despite the high strength of the metal-ligand bond, these catalysts, unfortunately, are destroyed quite quickly during catalysis. The destruction of the catalyst leads not only to a decrease in the reaction rate, but also to the formation of undesirable products. And this is often a serious problem for chemical production.

How and why does the catalyst break down? And most importantly, how to prevent this undesirable process?

The completed project provides answers not only to questions about the causes of catalyst decay, but also found ways to solve the problem.

The project studied the behavior of palladium and Nickel catalysts during their operation during the catalysis of various reactions. As a result, two new reactions were discovered, which often make the main contribution to the decay of catalysts and are of great practical significance for metal complex catalysis. It turned out that the destruction of catalysts is caused by bases – reagents that are widely used in catalytic systems. One of these reactions occurs under the action of alkalis and is called "O-NHC coupling". An article about this reaction was published by the project's research team in the highly prestigious international journal Chemical Science in 2018. Another reaction occurs under the action of aliphatic amines, which are very often used as the main or auxiliary reagents.

The discovery of new reactions was made possible largely due to the interdisciplinary nature of the project, which included research at the intersection of organic and inorganic chemistry, homogeneous and heterogeneous catalysis. When metal-complex catalysts are destroyed, active metal nanoparticles are formed, which can themselves catalyze chemical reactions. The study of such complex systems requires the use of special methods. While working on the project, it was found that the widely used method for studying such systems called the "mercury test" is incorrect and often leads to erroneous conclusions. This important project result was published in the highly prestigious journal ACS Catalysis in 2019. 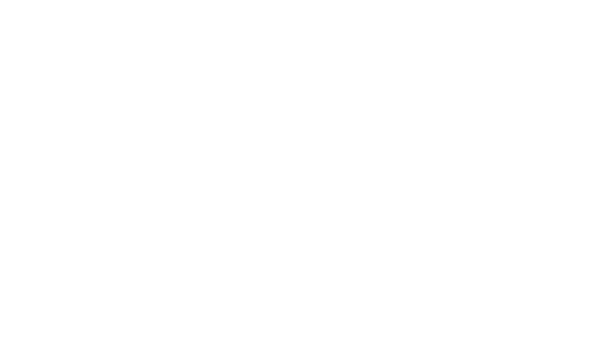 Is it possible to prevent the breakdown of catalysts if the reagent bases that cause it are used in almost every catalytic reaction?

The project managed to find a solution that allowed, if not completely eliminate the harmful effects of bases, then at least significantly slow it down. As a result of experiments, Nickel and palladium catalysts with a new type of ligands were obtained. These catalysts contain special groups that acquire a negative charge in the presence of strong bases. It turned out that a negative charge leads to a significant increase in the strength of the chemical bond between the metal and the ligand. After ionization of the ligands, undesirable decay reactions are greatly slowed down and the catalysts become stable. In practice, this allows you to use about ten times less of the catalyst than before, or use the catalyst repeatedly. This significantly reduces the cost of chemical and pharmaceutical production, since palladium is now more expensive than gold.

The high efficiency of new catalysts has been proven in practice. Using the created catalysts, the project has developed methods for obtaining important chemical reagents, biologically active substances, and even cough medicines.
The most important results of the project.

- Using quantum chemical methods, an analysis of the influence of the degree of metal oxidation and the ligand environment on the stability of Pd/NHC and Ni/NHC complexes to decay by heterolytic dissociation of the metal-NHC bond and by reducing elimination reactions (R-NHC combination) was performed. It is shown that in catalytic systems, complexes are more likely to decay along the path of R-NHC combination (energy barriers from 0.4 to 31 kcal/mol) than by dissociation (m-NHC bond dissociation energy from 43 to 73 kcal/mol). In General, Pd0 complexes are less resistant to decay by dissociation than Pd(II) complexes (7-20 kcal/mol more stable), while the dissociation energy of the Ni-NHC bond does not depend much on the degree of Nickel oxidation. The propensity of Ni(IV) and Pd(IV) complexes to reductive elimination of NHC ligands is significantly higher than that of Ni(II) and Pd(II) complexes. Depending on the nature of R and soligands, the energy barrier of the decay of Pd(IV)/NHC and Ni(IV)/NHC complexes by R-NHC combination is 11-31 kcal/mol and 0.4-15.3 kcal/mol, respectively. This indicates a low probability of molecular Ni/NHC and Pd/NHC catalysis mechanisms involving Ni(IV)/NHC and Pd(IV)/NHC intermediates for conventional complexes that are not stabilized by chelation or other methods.

-The nature of active centers and ways of deactivation of Pd/NHC and Ni/NHC catalysts in a number of important C-C bond formation reactions were determined. It was found that in Pd/NHC catalyzed reactions of Mizoroki-Heka and Suzuki-Miyaura involving aryliodides and arylbromides, the catalysis is carried out mainly by the products of the decay of complexes with cleavage of the Pd-NHC bond ("NHC-free" catalysis), whereas in C-N reactions of arylation of ketones and heteroaromatic compounds, the molecular Pd/NHC catalysis is implemented. The Ni/NHC catalyzed Suzuki-Miyaura reaction also implements molecular Ni/NHC catalysis. These results indicate the need to use fundamentally different approaches to the selection of catalysts. Stabilization of the metal-NHC bond and variation of the electronic and steric characteristics of NHC ligands are appropriate in reactions involving molecular M/NHC catalysis, whereas in Mizoroki-Heka and Suzuki-Miyaura reactions involving aryliodides and arylbromides, it is more important to stabilize nanoparticles and regulate the release rate of NHC-free forms of palladium. In molecular M/NHC catalysis, the main contribution to the deactivation of catalysts is made by the reduction elimination reactions of NHC ligands: R-NHC combination, O-NHC combination (in the presence of oxygen-containing bases), and H-NHC combination. In NHC-free catalysis, one of the most important causes of deactivation is agglomeration of metal nanoparticles.

— A new redox reaction of decomposition of pdii/NHC and NiII/NHC complexes under the action of hydroxides and ALCOHOLATES of alkali metals, called the O-NHC combination reaction, was found. In this reaction, NHC ligands reduce M(II) cations to M0 and form azole-2(5)-ones. In the reactions of Suzuki-Miyaura, CH-arylation of ketones and heteroaromatic compounds, which are carried out in the presence of hydroxides or ALCOHOLATES of alkali metals, the O-NHC combination makes a significant contribution to the degradation of M/NHC catalysts.

— A new reaction of reduction cleavage of Pd(II)/NHC complexes by aliphatic amines was found, leading to the formation of azolium salts [NHC-H]+X— and palladium metal. The reaction involves aliphatic amines that can act as donors of hydride ions by the mechanism of beta-hydride transfer. Key intermediates are PD (H)XL hydride complexes(NHC)that undergo reductive elimination of NHC and H ligands. Tertiary aliphatic amines, commonly used as soft bases in many catalytic systems, are most active in this reaction. A method for activating molecular Pd/NHC catalysis using secondary or primary aliphatic amines as reducing agents Pd(II) to Pd(0) in combination with strong bases is proposed to prevent splitting of the Pd-NHC bond. The role of the strong base is to deprotonate intermediate amino complexes and hydride complexes, which can accelerate beta-hydride transfer from the amine and suppress the undesirable h-NHC reaction of the combination of hydride intermediates(NHC)Pd (H)XL.

— A new reaction of redox transmetallization of m(II)/NHC complexes (M = Pd, Ni, and other metals) with metallic mercury was found, resulting in the formation of Hg(II)/NHC complexes and metal amalgams. The General unreliability of the mercury test as an Express method for identifying the nature of active centers in metal-catalyzed reactions is substantiated.

— A new efficient catalytic system based on readily available Ni(NHC)2X2 complexes for the synthesis of diaryls from aryl halides and boronic acids by the Suzuki-Miyaura reaction has been developed. The catalytic system provides high yields of target products even when using deactivated aryl chlorides.

-Methods for obtaining new NHC ligands of the imidazole and triazole series containing RNH substituents capable of ionization as a result of deprotonation in the presence of strong bases have been developed. It was found that Pd complexes with these ligands show increased resistance to the O-NHC combination reaction. Pd/NHC complexes showing high activity and stability of catalytic properties in CH-arylation reactions were found by screening. New highly efficient catalytic systems for C-N arylation reactions of ketones and heteroaromatic compounds based on the new tert-Bu-NH-IPrPEPPSI complex have been developed, which reduce palladium loading to 0.1-0.5 mol.%.

-New effective methods for obtaining aromatic and heteroaromatic substances used as reagents in organic synthesis, as well as biologically active substances based on Pd/NHC-catalyzed CH-arylation of ketones and heteroaromatic compounds have been developed. A method for producing an antitussive agent — bibenzonium bromide (Bibenzonium bromide), including as a key step in the synthesis of CH-arylation during catalysis by the tert-Bu-NH-IPrPEPPSI complex, is proposed.
Thus, as a result of the project, new fundamental knowledge about the chemistry of degradation processes and the structure-activity-stability relationships of Pd/NHC and Ni/NHC complexes was obtained. New principles of targeted activation of "nanoscale" or molecular catalysis in systems based on Pd/NHC complexes with the use of aliphatic amines as activators are proposed. New, simple and effective Ni/NHC catalysts for the Suzuki-Miyaura reaction have been developed, as well as highly active and stable Pd/NHC catalysts for CH-arylation reactions in high-base media.

Main publications on the results of the project: